Keep calm and muddle through it: three reasons why a Grexit will not happen

“Greek talks must yield immanent agreement,” “Greek exit from euro appears increasingly likely,” “last opportunity” – I can’t take it anymore. For months my Facebook page has been spammed with doomsday scenarios. Every meeting is interpreted as a sign of the coming Grecopalypse. Every statement by a European politician is seen as revelation. Every day is the final chance for the Greek government to avert disaster. Enough. It is clear that this is nothing but a desperate attempt to keep an audience fixed on a topic that is starting to bore them. Of course I am no prophet either, but here are three reasons why Greece will most certainly not leave the eurozone. 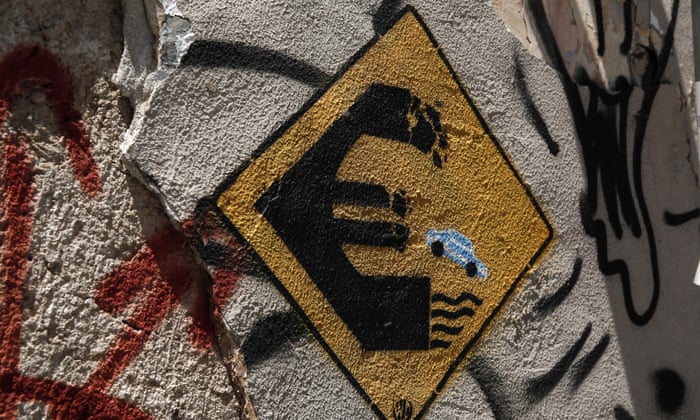 Secondly, the eurozone governments are aware of the consequences of a Grexit. It may be true that the exposure of eurozone banks has decreased dramatically over the last four years (French exposure to Greek debt is approaching zero); nevertheless, if one country drops out of the eurozone, financial speculation will surely target the next. Remember that the reason for the explosion of Greek debt level has been a skyrocketing interest rate on Greek government bonds following the financial crisis and the instability of the Greek banking sector. These interest rates could only be financed using the EU/IMF bailout money. From the point of view of financial speculators, the Greek sovereign debt crisis has been a hugely successful endeavour. If Greece drops out, the next country will surely follow. Avoiding this scenario of a potential collapse of the eurozone is in everybody’s interest. Also, while Mrs Merkel is certainly no friend of mine, she does see herself as a European with heart and soul. She doesn’t want the European project to fail while she is chancellor.


Thirdly, from the point of view of the Greek government, the consequences of a Grexit would be absolutely catastrophic. You have probably read the Greek version of the Book of Revelation – but let me remind you of the best parts: pensions and public servants’ salaries would be received in a worthless currency; inflation would make imported products (like petrol) unaffordable; Greece has very little to export and thus has no way of getting out the mess in the medium-term future. Rising unemployment would lead to riots, demonstrations and finally new elections. A victory of far-right groups is not unthinkable. Any deal with the EU and the IMF is better than this.

Now, keep calm. You’re convinced...right? All this panic is all just a media scam... Surely, our representatives will act rationally...in the end…* So, I really hope that this post will be widely read, have a huge impact and become a self-fulfilling prophecy. Otherwise I fear that we may all wake up from the European dream into a neo-nationalist nightmare.


*PS: Okay, fine. People don't act rationally. Neoliberals assume that they do, but they don't. A Greek default would thus be the ultimate defeat of rationalism and neoliberalism. Yet another reason why it can't happen.