I love food! I believe in the healing properties of chocolate, chicken soup and my mum’s stuffed tomatoes! Food is one of those rare things that are both a necessity and a pleasure. But how is our food produced? Where does it come from? This will be the subject of a mini-series about the EU and our food!  This first entry will be dedicated to crops and the Common Agricultural Policy (CAP).

The CAP has been one of the EU’s major integration policies, one that almost the entirety of its budget is spent on, and it is a policy that reflected the fears of European post-WWII societies. During the war, people were starving and this could never happen again! Europe had to be completely independent when it came to food. Boost production as highly as possible, and make agriculture as efficient as possible – that makes sense, yes, if we lived in the 1960s! Today most of our problems come from the loss of biodiversity in our plates, overproduction, and wastage. The outcome of CAP is that it became more efficient to maintain huge monocultures, managed by massive agricultural companies rather than by individual farmers. Last year, while travelling through the Balkans, I was very impressed by the agricultural landscape of Bosnia and Croatia. There were hundreds of small field belonging to individual farmers, and after talking with fellow train passengers I realised that once Croatia will join the EU all this will be lost. It will become too difficult to compete with the agroindustry that farmers will be forced to sell or rent out their land. These companies will then plant the same varieties of wheat that are grown in the other Member States. While there are more than one hundred varieties of wheat we are producing only hand full. According to the Food and Agriculture Organisation, we have lost 75% of our agricultural biodiversity during the last century. That tastes a bit fade! Using only on type of crop might be more money-efficient but is quite dangerous because it makes production more vulnerable to diseases, fungi and other pests. The solution provided but agricultural companies is to introduce GMOs, which are apparently the future, because such “crops are more resistant to disease and insects”. That is the lie the agricultural giants want to sell us, because the cheaper solution would be to cultivate more varieties of one crop, which of course is not as fancy as GMOs and makes companies like Monsato and Bayer lose money.

This principle applies to all our crops. Have you ever tried to boil zucchinis, you know, these huge dark green zucchinis you find in supermarket? Don’t! It will taste of nothing. When I was a kid I remember very clearly that we used to eat boiled zucchinis. They tasted amazing with lemon and Greek olive oil. Well, the zucchinis you find in the supermarkets are not the best zucchinis. They just look nice and mostly contain water, so it is better for you to fry them (you remove their extra water) than to boil them (you add extra water). The zucchinis from my childhood however are amazingly delicious if you boil them, so don’t be fooled by their colour or their size! Unfortunately, in today’s world of appearances the outside counts more than the inside, which also holds true for our crops.

These practices have not only led to a loss of diversity in our plates but also to a loss of biodiversity in our fauna. Statistics have shown that in Western European countries where CAP has long been implemented, the number of farmland birds has decreased from 600million in 1980 to a mere 300million in 2009.  Moreover, when a new country enters the EU, decline in farmland birds mirrors the decline rates in the old Member States. This means that once you implement the CAP you lose biodiversity! Despite the EU’s pledge to protect the diversity of Europe’s flora and fauna, its practices lead to a loss in biodiversity, and it is not wonder that its supposed goals are not met! The Natura 2000 network is pretty, but sometimes you don’t need to create new programmes; you just need to adjust current policies.

More than forty years of food abundance have changed our practices when it comes to food. We waste food! The CAP has significantly decreased food prices, which allows us to consume more, but which has also caused us not to care about the food we waste. We buy more than we need so we end up throwing away food. Our food tastes the same, because we don’t have enough variety. Food variety becomes a luxury promoted by chefs with three Michelin stars! What is the solution?

There are many levels of solutions. At the European level you should completely reform CAP. I am not saying that CAP should not exist, but instead of giving subsidies to the transnational agricultural conglomerates, it should give subsidies to small farms. Industries make enough profits, and here I would like to stress the fact that many of the small farmers left are struggling to survive! At the individual level, we should take a bit more time when we go grocery shopping. If you can, don’t go to the supermarket, but go to the local market or find a small farm near your home. Ask about the products, ask them to offer a variety of zucchinis or tomatoes. Things are of course not that easy. As access to the European Commission and the European Parliament is easier for big industries than for individuals, things will need some time to change. But if we are more aware of what we eat, we might be off to a good start.

PS: You can support us by liking our facebook page. 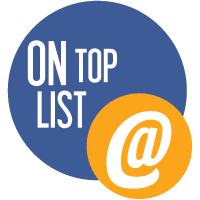